Beauty and the lawyer (EN) 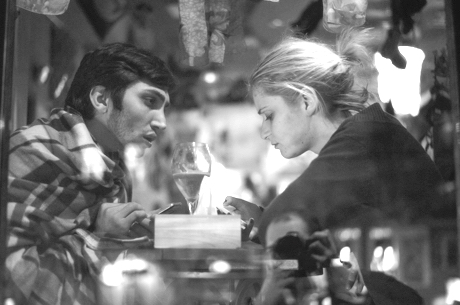 Carabina , is a gay artist , travesty and sex worker married to Hasmik, a heterosexual  lawyer. Now that they are parents.  They now have to face a dilemma : Is the kid going to grow up or not in Armenia where 93% of the population is against and hostile to homosexuality ?

In his performance , Carabina  struggles as a gay travesty since his childhood. His show follows his relationship with Hasmik, witch permits us to distinguish the Carabina from the show and the real Carabina , a funny personality, eccentric, and full of drama. The show and the personal life create a parallel between the experience that Caribina creates during his show and the tragic homophobic reality he lives in. Witch could be considered as a “performance” of society. Meanwhile Hasmik is working as a lawyer. in her cabinet and in court. She defends the right for the LGBT community. We distinguish here Hasmik as a hark worker, a lawyer and as a loving wife and mother  at home.

Hovhannes Ishkhanyan is an Armenian writer , journalist and film director . He graduated from Georgia Public Affairs Institute in […]