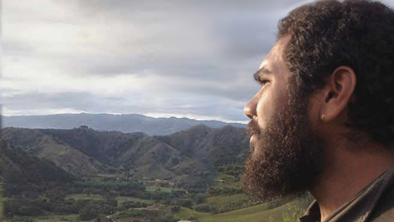 In Paris Sylvain Derne, a young journalist involved in debates dealing with Caledonian society, investigates the aspirations of youth which have chosen ‘exile’ in order to pursue studies. His meeting with these representatives of different cultures enables the exchange of points of view and novel visions for New Caledonia’s future. Thus, six students from diverse disciplines share their plans for the future, adopting an outlook which is both deeply rooted in, yet also distanced from, their Oceanian culture, a result of their current life in western society. As a whole, the students’ reflections anticipate the political times of 2014-2018, a period during which a referendum on independence from France and the continuation of the Noumea Agreement is due to be proposed.

“Imulal” is about the subtleties and complexities of constructing a social structure, a ‘hut’ in which all of the inhabitants of New Caledonia would enter and find their place.

Two brothers and a film Proverbs from around the world

Nunë Luepack is from Lifou and grew up near Bourail. He went to school there until the end of middle […]