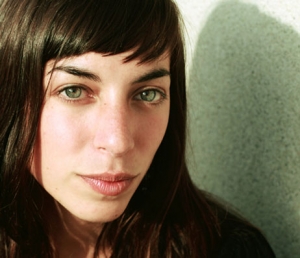 Naïs Van Laer studied at The École nationale supérieure des beaux-arts in Valence and then in Lyon during five years, under the support of Olivier Zabat, a documentary filmmaker. She directed several short documentaries with a high social and artistic commitment. Some of them was screened during the Virtual Geometry Festival in Phnom Penh, Cambodia, in 2010.

She spent two years, until February 2011, to direct her first documentary « Tiers-Paysage », in immersion in the daily life of a gipsy family between France and Roumani. She won the Best documentary award at Rencontres du Cinéma Européen de Vannes, and the civil film award, during the Ecollywood, in 2012.

Currently, she ended the documentary Living with a look, a portrait of the photographer Marc Garanger who work in favor of the thought decolonization.

In the same time, she begins to write the film « Cendres », a project about the marginal cultures in resistance around Europe.

Passionate by the human sciences, she developed some collaboration with different discipline of research, to support the interdisciplinarity.

Moreover, she is a camera operator on other director’s projects. She invests on the creative documentary diffusion, by assuring the Pommes Sauvages programing, an association which receives directors in writing workshop, and organize documentary screenings.