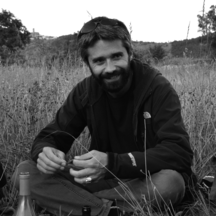 After studies in the  fondamental mathematical field. After a few years travelling, Romain Kosellek works from 2009 to 2014 as a administrator of a school and a theater troop in Paris. He discovers vidéo craftmanship in 2007 when he co-directs with Elsa Berthet , his first news story Courants contraires, on the new building of Mékong. In 2014, he decides to leave his job and to work full time in the cinema business and get’s the Master of Directing documentaries in Lussas. After a progressive politicisation through his travels and readings. He starts to engage himself in 2009 into communist organisation.  Ever since he’s passionated by history, economy, and geopolitic. Today Romain Kosellek talk about his engagement has a the necessity to ” scream louder for those who struggle but can’t scream. Now he’s working on video’s around theater (trailers, captation…) and work at the same time on his films project.